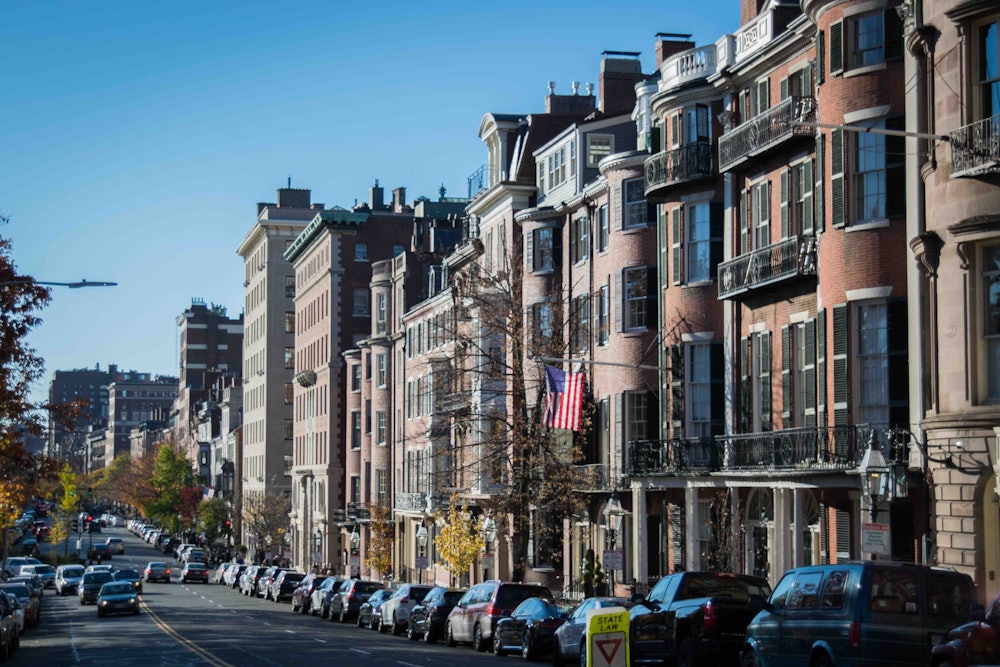 One of the city's oldest neighborhoods, Beacon Hill is what many people have in mind when they picture old Boston. On narrow streets lined with brick sidewalks lined and stately and beautifully-maintained townhouses, it's easy to feel transported back in time.

Lightly settled before the Revolution, the area started developing around 1800 when the Mt. Vernon Proprietors leveled three steep hills here, making them more suitable for building. Along the south slope, more than a dozen Charles Bulfinch homes remain, alongside Federal and Granite style works by Benjamin Asher and Alexander Parris. To the north is the site of the first coherent community for free blacks in the city, later an important stop on the Underground Railroad.

The walk is designed to start near the State House, head down Beacon St. to the "flats," then back up Chestnut, down Mt. Vernon, across Louisburg Square, up Pinkney, and down Joy St. Several sites are included along Cambridge St. before the route finishes at the Liberty Hotel next to Charles St. MBTA station. Nothing is lost in taking the walk in reverse.

For residents and others with time to see more, the Beacon Hill neighborhood guides provide more complete coverage of this area. Those walking the African American Heritage Trail may prefer to activate the Beacon Hill North and South guides to see additional points of architectural interest along that route.