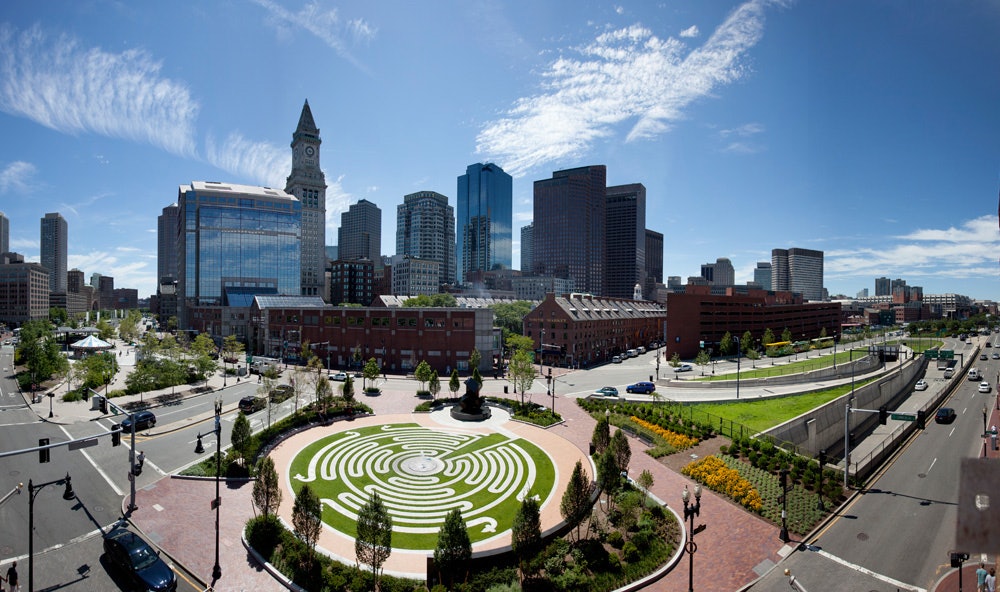 This tour highlights the 1.5-mile "ribbon of contemporary parks" that make up the Rose Fitzgerald Kennedy Greenway, and includes sites of architectural interest that border the route. It is organized from South to North, but can be followed in either direction.

In 1991, the Central Artery/Tunnel Project was launched to move the elevated highway to a new tunnel system below the city and the harbor. Undertaken with the same ambitious spirit as the filling of the Back Bay or the construction of the first subway here, the "Big Dig" was one of the largest, most complex, and technologically challenging construction projects in the history of the U.S., and took 10 years to plan and over 16 years to complete. At $24.3Bn, it was also the most expensive U.S. highway project ever.

The Greenway fills this urban strip that sat in the shadow of the elevated Central Artery since the 1950s. Removing that massive barrier between the city and its waterfront and replacing it with gardens, plazas, and tree-lined promenades represented a major step in the modern reinvention of Boston.